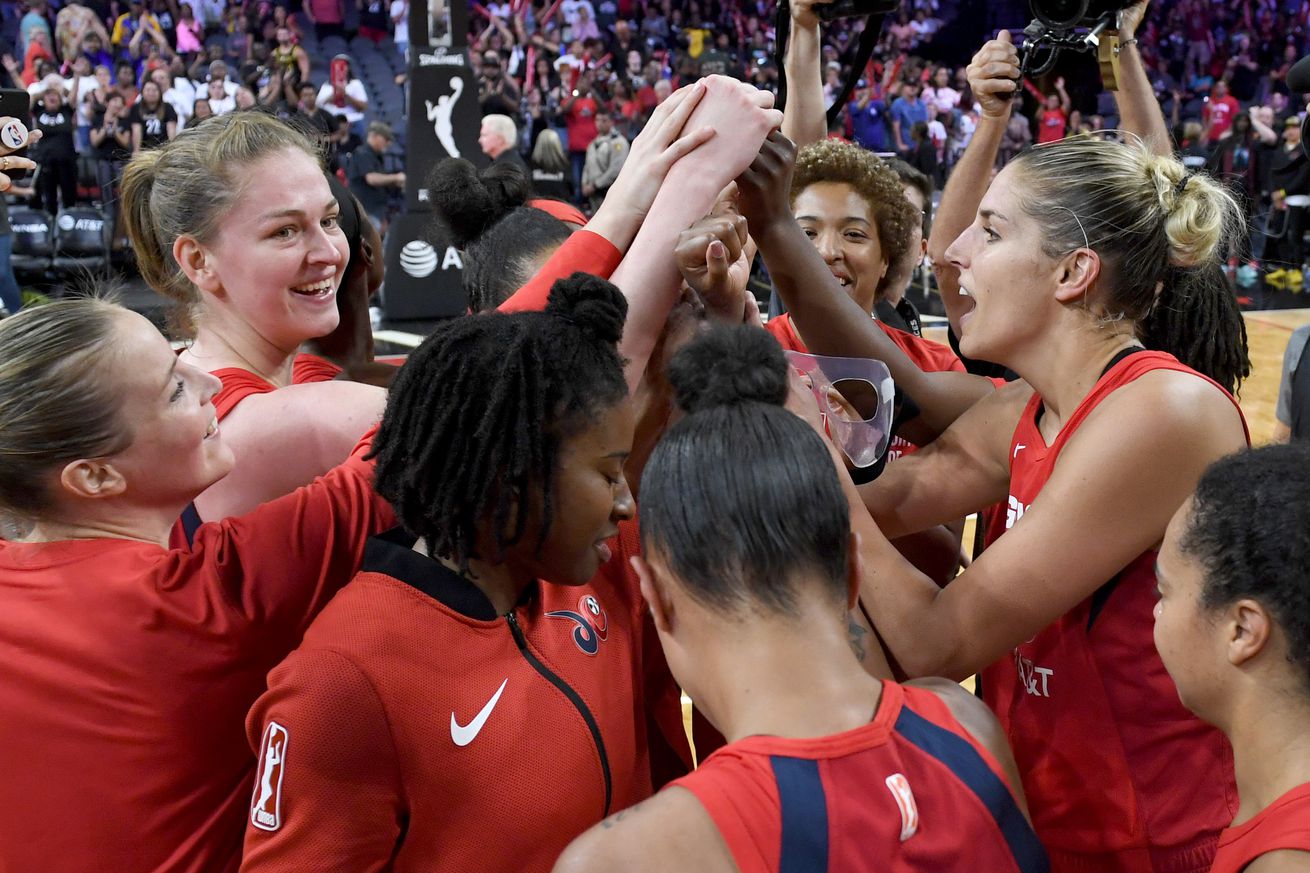 We have that and more in Wednesday’s NBA newsletter.

After Liz Cambage dominated the Washington Mystics in the Las Vegas Aces’ Game 3 win in their epic WNBA semifinal series on Sunday, Cambage insisted that the Mystics “get in the weight room or get out of the post.” This is just a tremendous line, as Matt Ellentuck notes in his piece celebrating Cambage’s penchant for trash talk. It’s essentially an updated version of “do you even lift, sis?” It should win a literary prize.

But the Mystics, to their credit, chuckled right along with Cambage, mocking the declaration immediately and preserving some retorts for Washington’s eventual triumph. That triumph came on Tuesday, as the Mystics won 94-90 to clinch a 3-1 series victory. And then Natasha Cloud, who led the response to Cambage all along, got the last laugh by doing pushups on the Aces’ home court after eliminating them. It’s Dame Lillard waving goodbye to Russell Westbrook, with a little bit more of an edge.

For the record, Cambage had a helluva game. The Mystics are just too much. Elena Delle Donne is too much. Emma Meessemann was too much. The Mystics now go on to face the Connecticut Sun in the WNBA Finals. The Mystics are a lot, but they may not be too much for the Sun, who are also a lot. Just ask the Sparks, who Connecticut knocked so far off their axis that L.A. basically gave up midway through Game 3 in a best-of-5 series.

These teams and analysts could have just read Ricky O’Donnell’s piece from a month ago, where he broke down Ball’s performance on the prep school circuit last spring and came to the conclusion that ... LaMelo is a top-5 NBA draft prospect.

It’s interesting to see how opinions change on teenagers’ skills and potential.

Michael Pina on Pascal Siakam’s outsized role for the Raptors this season, either as a star or trade chip.

Shouts to Zach Lowe for pointing out this incredible admission or lie from Hornets GM Mitch Kupchak, who told the Charlotte Observer that the team was somewhat blindsided by Kemba Walker making the All-NBA team, thus leading to an enormous gap between Kemba’s potential salary and what Charlotte was willing to offer. If Kupchak is being honest, this is an inexcusable offense given the stakes of losing a player like that with no real compensation in the summer.

Dan Devine asks whether the Heat should trade for Chris Paul.

The NBA tampering cops fined the Bucks because their GM said he will be offering Giannis the supermax next summer. Really.

Jonathan Tjarks suggests Kawhi vs. Giannis is the next version of LeBron vs. Durant.

Want a taste of what Kelly Dwyer offers up? His Bulls preview for The Second Arrangement is available to all.

Really cool effort by Buddy Hield and his mom to raise money for Bahamas hurricane relief.

How JiSu Park, a Korean superstar, is struggling to find her way in the WNBA.

Why the Lakers will probably not trade for Andre Iguodala.

Be excellent to each other, my friends.

Sherman on the 49ers roster: I think we’re good with what we have