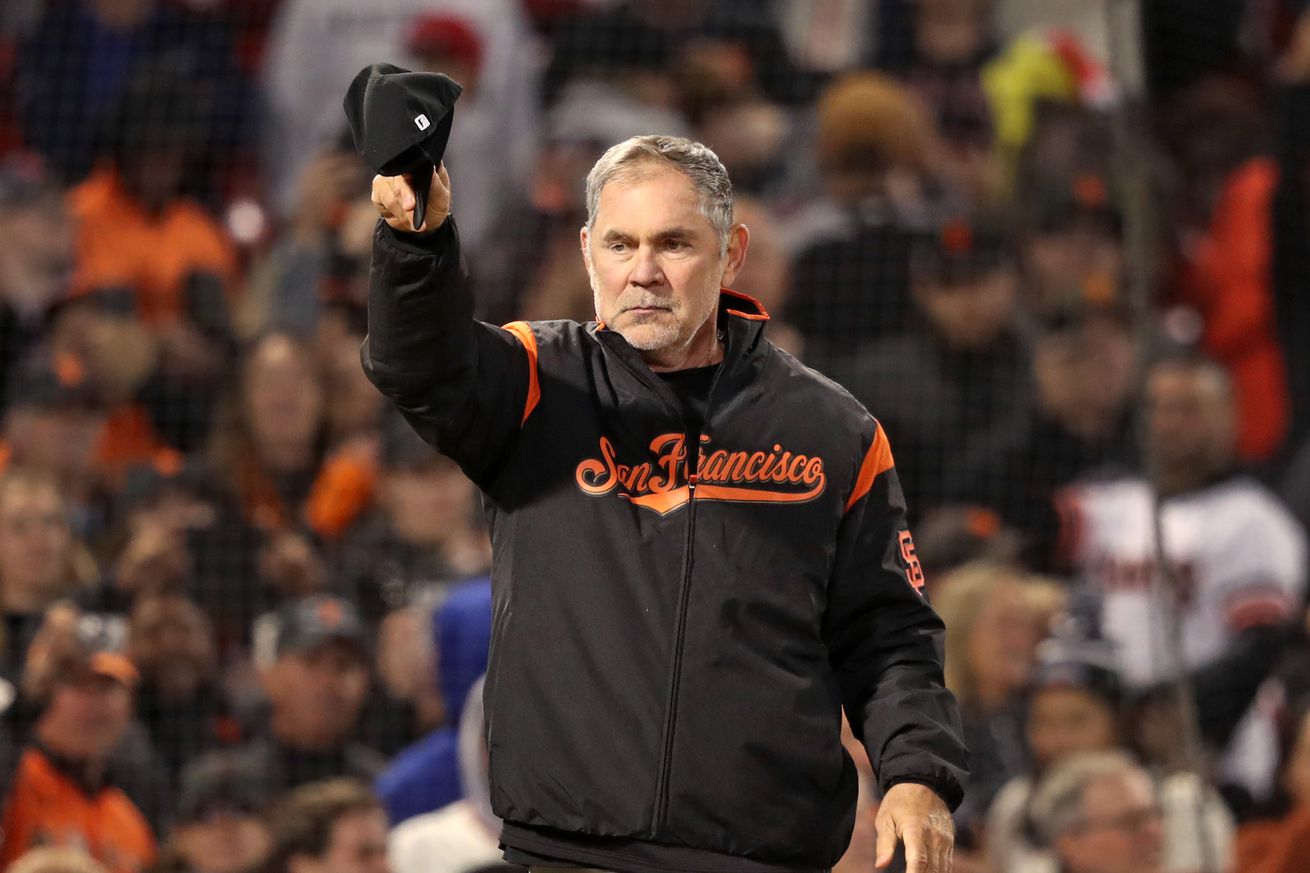 Fair warning: I’m going to talk some about 2016 here, and I’m sorry for that.

It’s cruelly ironic that the last memory any of us will have of Bruce Bochy managing in the postseason is his bullpen melting down in Game 4 of the 2016 NLDS.

In his three previous postseasons with the Giants, all wins — wins that ended in World Series championships and trophies and parades and Madison Bumgarner riding a horse that one time, just in case you forgot — Bochy leaned hard on his bullpen, and they stood strong. Knowing what strings to pull at what time in his bullpen became Bochy’s calling card as a manager, especially in the postseason.

So many of the most iconic moments from the three title runs came because of Bochy’s managing the bullpen. From the cavalcade of relievers (including Madison Bumgarner, who will be appearing again in this sentence) who covered seven innings during Game 6 in Philadelphia, to Tim Lincecum dominating in relief in 2012, to Yusmeiro Petit for 6 innings in Washington, and finally, of course, Bumgarner pitching the final 5 in Kansas City, Bochy’s ability to put the right guy in in the right spot was unparalleled.

And then, in 2016, it all came crashing down. It’s worth noting, though, that that awful ninth inning followed a Game 3 in which the bullpen gave up just two runs in eight innings with Ty Blach — Ty Blach! — pitching the 12th and 13th innings to earn the win. Bochy had the knack for finding the right matchups even in 2016. But the personnel eventually let him down.

That’ll be lost with the team’s new manager, whoever he is. There will be things gained too — ways of teaching players, strategies for looking at the game, considerable savings on buying material for hats — but it’s just not reasonable to expect the new guy to have Bruce Bochy’s preternatural ability to get the right matchup. There are a lot of skills that make Bochy special, but to outsiders, that’s the one that’s easiest to notice. We even saw it yesterday. Why Tyler Rogers for two innings? Because that was the best matchup, and once he had that matchup, Bochy went for the throat. It’s just who he is.

That bullpen managing ability has carried teams to World Series that, based solely on talent, they probably shouldn’t have won. None of the three championship teams were the best team in baseball, and yet. The 2014 Giants spent two months — two months — being the worst team in baseball, and yet. There have been other talented teams and other talented managers in Giants history. There have, in fact, been much more talented teams in Giants history. There has only been one Bruce Bochy.

It’s hard to win in October. There’s more postseason now than there used to be, but it’s always been hard, and Bochy is better at it than any Giants manager has ever been. He has the highest postseason managerial winning percentage in Giants history, and there are some pretty impressive names he’s beating out:

For the record, no, I do not believe that Jim Mutrie had the same managerial responsibilities back in the late 1800s that Bruce Bochy does now, but I do believe in being a completionist, so you can judge for yourself how relevant those early managers are. What is relevant: Bochy beat everyone.

At the end of 2016, a bullpen that had not performed all year concluded the season by not performing. But that doesn’t take anything away from Bochy’s bullpen acumen or his ability to make the right decisions on the biggest stage in baseball. He was and is uniquely great at pushing the right buttons in the bullpen and putting his team in a good position to win, and the organization and the fans have three World Series to show for it.

Audibles at the Line: Week 3