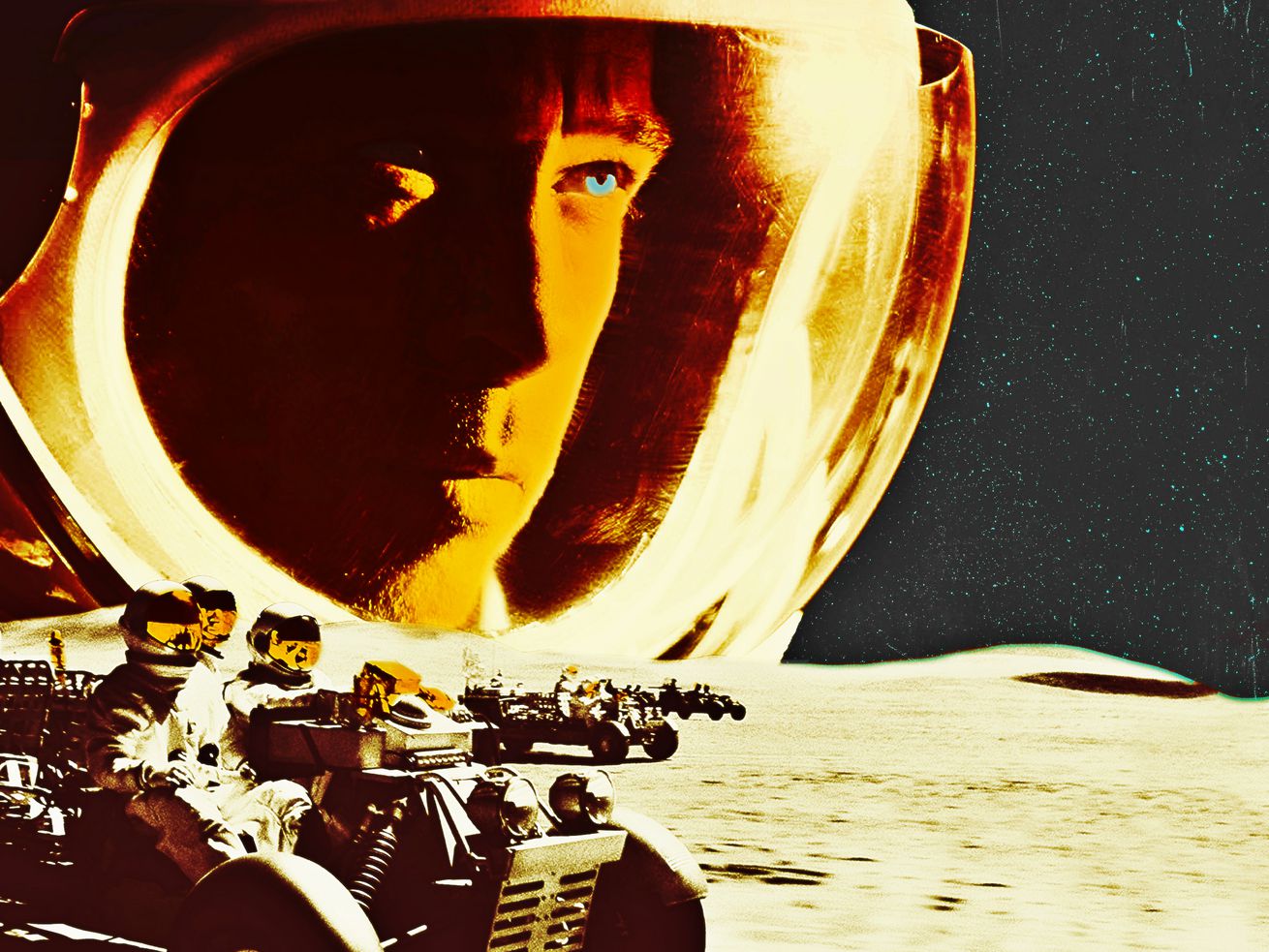 A trip into space seems inevitably like a lonely and existentially terrifying journey, but Hollywood doesn’t always see things that way. Films like Apollo 13, Space Cowboys, The Right Stuff, and even goddamn Armageddon were largely uplifting entries in the Movie Astronaut canon—films that celebrate the collective ingenuity from both those among the stars and on the ground who test the limits of human achievement. There’s nothing wrong with an enthusiastic space flick, but recent projects have focused more on the scarier aspects of space explored in 2001: A Space Odyssey. Gravity, First Man, and Interstellar focus, in very different ways, on the psychological turmoil inherent to doing something most people would consider to be an absolutely horrifying experience. Everything that happens to Sandra Bullock in Gravity is nothing if not nightmare fuel. (I’ve done some VR spacewalks on an Oculus, and let me tell you, screwing up and floating away from the International Space Station is not a great feeling!)

This is, in fact, one reason why NASA looks for a particular kind of psychological profile in its astronauts. Essentially, the hope is that candidates will be wired to not freak out from the work’s many dangers and profound isolation, or suffer an existential crisis looking at the Earth from their vantage point (something called the overview effect, which still affects some astronauts). Ideally, an astronaut would function not unlike a robot, unafraid of all that comes with their job.

Perhaps no film captures that tragic irony better than Ad Astra, in which Brad Pitt’s Major Roy McBride is considered the ideal astronaut—mostly because, at the start of the movie, he barely registers as human. McBride is known in the astronaut community for never having his heart rate go beyond 80 beats per minute; something conveyed during the film’s startling opening sequence when the dude is careening down to Earth after an explosion on the International Space Antenna (basically a huge radio booster for those currently inhabiting the moon and Mars) and doesn’t lose any of his cool. It’s little wonder he’s estranged from his little-seen wife, played by Liv Tyler, who should really get a chance to go to space someday.

Throughout the film, McBride is required to conduct brief psychological evaluations that assess his emotional state—they’re especially important since he’s being asked to search for his estranged father, Clifford, a famous astronaut who vanished somewhere off Neptune years prior while attempting to catalog the possibility of alien life. It’s telling that, the closer McBride gets to answers about what happened his dad—make no mistake, Ad Astra is operating at Peak Daddy Issues for director James Gray—his heart rate finally goes over 80 BPM. And then he begins failing his psych evals. The fault in McBride’s behavior doesn’t just lie in his emotionally repressed state, but a system that asks and enables people like him to be as machine-like as possible.

The problem is, the more a person is forced to act like an unfeeling robot, the more likely it is that they will crack under the pressure. There’s a possibility in Ad Astra that deadly electrical surges coming from the far reaches of our solar system—which have killed tens of thousands of people, and caused McBride’s aforementioned free fall to Earth—is actually a side effect of Clifford’s project’s use of antimatter, and is perhaps intentionally being deployed by the man himself. Clifford might have gone full Colonel Kurtz, but with the fate of all mankind at stake.

Ad Astra may not be a horror film, but it’s terrifying: It presents a place where humans can’t escape their problems—no matter how far into the solar system they venture. Though the film never makes it clear how far into the future everything is taking place, enough space-travel advancements have been achieved that journeying to the moon is now a commercialized experience. When McBride travels to the moon, he flies Virgin Atlantic and has to pay extra for a pillow and blanket. The moon itself has an Applebee’s and a Subway. Meanwhile, large swaths of the moon’s landscape is no-man’s land, where anyone who travels across those vast stretches—as McBride inevitably does—could be attacked by moon pirates, like a Wild West redux.

I know—“moon pirates” is a silly term, but the rover chase sequence is among the most thrilling setpieces of the year—and it underlines that space, already one of the most hostile settings imaginable, is even more dangerous once it’s commodified for the everyman. (If you want a slightly more futuristic take on this subject matter, I’d highly recommend checking out The Expanse.) We often consider the possibility of alien life in (understandably!) existential terms, but in the realistic depiction of space travel that Ad Astra presents (realism was one of Gray’s biggest goals with the project), the notion of Earth-dwellers being the only living things in the universe has bleaker implications. In our pursuit for answers to life’s biggest questions, we may only risk our own destruction.

Thankfully, Ad Astra is not all projections of doom for the future of humanity—as McBride travels across the stars in search of his dad, he undergoes his own introspective journey that offers glimmers of hope. Gray’s film captures our capacity to change and embrace empathy as much as self-destruct. In that sense, Ad Astra splits the difference between the full-bloom optimism of an Apollo 13 and the dreary ethos of First Man, wherein Ryan Gosling’s Neil Armstrong is so emotionally stunted after the death of his young daughter and several close friends that he’d rather risk his life landing on the moon than talk about his feelings. Does that make Ad Astra a cinematic experience that perfectly captures the conflicting ideals of space travel and those who pursue it? If not, it could be the closest approximation thereof, and within McBride’s journey through the cosmos lies one of the best films of the year.

NFL Week 3 odds and point spreads for every game